Compensation for a person injured in a car accident in Bulgaria

With regard to receiving a compensation under the Third party liability insurance, a person who has been injured in a car accident in Bulgaria needs to be directed properly about the ways to raise a claim for compensation. In a number of cases, such person has to wait for years only because he was not rightly directed at the very beginning. In most cases with a person injured in a car accident in Bulgaria, criminal proceedings against the responsible driver are commenced. Very often, in the course of the proceedings, the damaged person raises a civil claim before the criminal court for material and non-material damages. Upon conclusion of the criminal proceedings, in case the civil claim is granted the damaged person is entitled to demand for the issuance of a writ of execution for the amount granted by the criminal court. From this moment on the damaged person may come across some unexpected difficulties.

In the majority of cases it turns out that the responsible person cannot pay the sum he or she is sentenced to pay. In such situation the damaged person usually turns to the Insurer under the Third party liability insurance. The answer of the Insurer in the most common case states that the writ of execution is not issued against the insurance company and that the latter has not participated in the criminal proceedings. In this situation the damaged person is forced to commence from the very beginning new court proceedings, this time against the Insurer. Apart from that, in some cases it turns out that the court claim against the Insurer is prescribed, because the 5- year deadline counts from the date of the accident and is not interrupted by the trial against the responsible driver.

In order to avoid the above-mentioned difficulties the damaged person should turn directly to the Insurer without raising a civil claim against the responsible person in the course of the criminal proceedings,

There is a widespread misleading notion that it is necessary that the damaged person shall wait for criminal proceedings to finish before filing a claim to the insurance company. However, there is no such legal requirement. The Insurer can require from the damaged person to provide evidence for completion of the criminal proceedings only when from the documents that have already been presented it cannot be established with no doubt in what way the accident has occurred. That is why in every single case it can be judged whether it is necessary to provide a document for completion of criminal proceedings. When the circumstances concerning the insurance event are established with the other presented documents, requiring such a document is groundless.

At first, the claim of the injured person should be filed out-of-court. In Bulgaria there is not a universe method for calculation of non-material damages (pain and sufferings) and each Insurer decides at its own discretion what amount to pay. That is why it is very important for the claim to be professionally prepared and legally grounded. An insurance lawyer, who is well-grounded in this matter, knows how to prepare the claim, what documents to present and how to conduct the negotiations because there are big differences in the amounts of the awarded compensations. 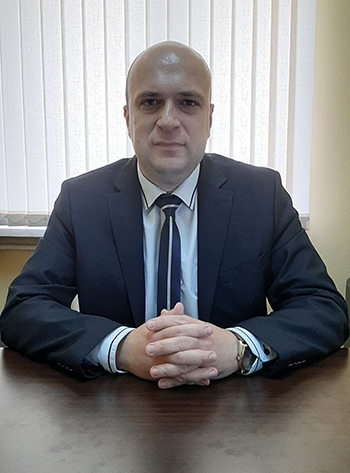